Short, accessible Expert Interviews were conducted with select faculty focusing on the results, applicability, and impact on future research.

More from this programme

In this concise episode of View from the Thoraxcenter, Prof Nicolas Van Mieghem and Dr Joost Daemen (Thoraxcentre, Erasmus MC, Rotterdam, NL) offer their analysis of the late-breaking trials that will be presented at ACC 2022. 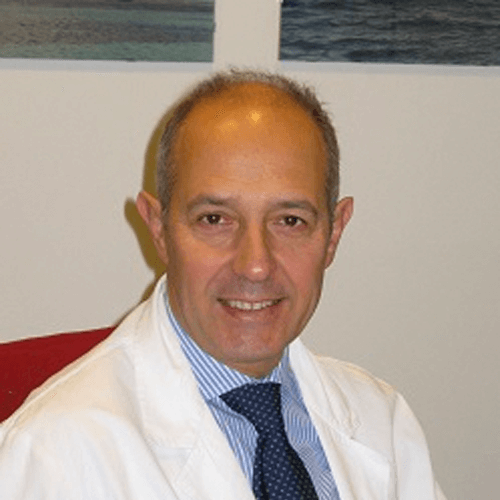 Dr Paolo Della Bella graduated from the University of Milan, where he studied Medicine and Surgery specialising in Cardiology. He is currently the head of the Cardiac Arrhythmology and Electrophysiology unit of the IRCCS San Raffaele Hospital in Milan. He has performed over 50000 electrophysiological procedures as first surgeon. His main study focus is related to ventricular tachycardias and catheter ablation of cardiac arrhythmias.

- My name is Paolo Della Bella and I'm currently working as the head of the arrhythmia department and the EP laboratories of the Ospedale San Raffaele, Milano.

Rationale behind this trial

The study is named PARTITA. That is the acronym of the meaning of the study. So it means it's prognosis affected by timing of catheter ablation. So it focuses on a very specific population of patients that already have an ICD, an implantable cardioverter defibrillator, and suffer from arrhythmia recurrences, so shock for ventricular tachycardias. There are a couple of points critical to the study. First of all, it's a timing study. It tells us when should we provide a catheter ablation treatment, early, waiting for recurrences of ventricular tachycardia, as per guidelines now commonly stated, so we should wait many recurrences. So one of the aims of the study is to investigate whether a earlier approach, just after the first shock, is better than a delayed strategy. And then of course, very important points touched by the study are the following. Prevention of VT recurrences following ablation can impact survival, can impact admission to the hospital for subsequent heart failure episodes. So these are all questions that were in our mind when we decided to draw this study.

So the study design is a multicenter, prospective, two-stage study aiming at studying what happens from the implant of the ICD to the first shock. So the first phase of the study, that we name phase A, aims at investigating specific features that might be predicting a subsequent shock. The second phase, phase B, is randomization of patients that had a shock into groups. One is immediate ablation, so just after the shock, or the first strategy and see what happens until serious arrhythmic events like electrical storm can occur. So the initial study cohort is of about 517 patients, recruited over a nine year time interval across 16 European centres. Of those patients, 56 qualified for a shock. And one of the first finding of the study is the low number of patient that had a shock. One of the reason is that uniform ICD programming strategies were mandatory of the study, including long term detection intervals. So wait a lot of time, 20 seconds, before the arrythmia gets treated. And extensive use of anti-tachycardia pacing, to avoid as much as possible the shock. So that really corresponds to, so to say, modern strategy of programming. Going back to our study cohort, among the 56 patient that went into the study phase B, we had a one to one randomization between immediate ablation, immediate means between the shock and the next two weeks, and a conventional treatment arm. Over a 2 1/2 year interval, the study really proved the primary endpoint, mortality, and admission for subsequent heart failure was met, as there was a significant, large significant reduction of arrhythmia event in the patient that underwent ablation. And that touched mainly the endpoint on mortality that was absent in the ablation group, and it was substantial in the patient that were assigned to the first strategy.

Key findings are, first of all, it is important and appropriate to set homogeneous ICD programming strategies to avoid as much as possible the shock. The second finding is, once the shock is delivered, you better don't wait, but do an ablation procedure that also by protocol was defined very strictly in endpoint and success. So substrate-based, during sinus rhythm, modification of all late potentials, prevention of VT inducibility. So that really brought along a significant reduction of mortality. So the key message is once your patient has shock, you better do the ablation. Other ancillary findings are the following. Repeated treatments with antitachycardia, which is good, patient feels no shock. However, bring the patient to a subsequent shock. We quantified the risk for any run of ATP of about 4% for delivering a shock. So the more ATP the patient receives, the closer the time of the shocks comes, and probably in the future we should really care also for these type of treatments.

I think again, a couple of indication. First of all, they indicated really, you should stick to the moderate indications. So for the programming of the ICD, this is very important. Follow the patient, and perform the ablation when the shock starts. So instead of charging, overcharging the patient with antiarrhythmic drugs, it really, to me, is a strong trust and a strong indication to move on earlier to treatment of the arrhythmias.

The next steps are, I guess, for sure assess whether we should find a critical number of ATP treatments to avoid the shock and to do the ablation before the shock. So, and really compare whether we might just, bringing back the clock might even improve the prognosis of these patients. Take-home message is, do care for ventricular arrhythmias, take them seriously, and try to treat them.